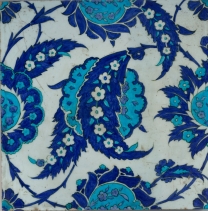 As I’ve noted before, Ottoman saints’ lives, especially those from the seventeenth century forward, are often wonderful sources for catching glimpses of everyday life in the Ottoman world, or, rather, ordinary life in contact with the extraordinary powers and abilities of a saint. The eighteenth century menâkıb of Şeyh Hasan Ünsî, which I have featured here several times before, has proven to be an especially good source in this regard, and the story I’ve translated here is yet another instance of the intersection of the saint’s life with the everyday lives of ordinary residents of Istanbul. The story is narrated to the text’s author, Ibrahim Hâs, by one Derviş ‘Ömer, about whom we are given no further details beyond what can be picked up from within the story.

There are several points of significance worth pointing out in relation to this account: one, this story revolves around women’s interactions with Şeyh Hasan. Note that the women in the story interact with the saint quite freely, leaving their house to visit him, entering his presence, kissing his hand, and so forth- while this sort of interaction sometimes drew criticism from other quarters of Ottoman society, here there is no sense of impropriety or critique at all. What is ‘problematic’ from the view of the saint and of the storyteller and the rest of his household, however, is the fact that Derviş ‘Ömer’s mother (whose name is not given in the story), while in some sense a ‘believer’ in the saint, also feels no compunction in parodying his actions, namely, his practicing the ritual of ‘reading and blowing,’ that is, reciting certain efficacious prayers then blowing upon the person seeking healing, the idea being that the saint’s breath will convey healing bereket. If as you imagine a şeyh doing this you find it a bit humorous, you’d be in the company of the people in ‘Ömer’s household, too: hence this story helps us to imagine what sorts of things an eighteenth century Ottoman subject might find funny, such as, evidently, pantomiming a saint.

If you’re also thinking that perhaps pantomiming a saint might not be especially pious and could lead to trouble- especially with Şeyh Hasan, who seems to have been a bit testy- you’d also be right, and that is the ultimate moral of the story, which follows after this helpful illustration:

There was a child from among our relatives in our household who became sick. My mother and the child’s mother, along with a couple other women of our household, went to visit the şeyh of Aydınoǧlu Tekke, Ünsî Hasan Eendi, in order for him to read over the child, saying to him, ‘Read over this child.’ The venerable Şeyh read over and blew upon the child, then my mother with the other women came home, and in that very moment the child became well.

After my mother returned from visiting the venerable Şeyh, in order to make the women and children in our household laugh said to them, ‘Şeyh Efendi read and blew like this upon the boy—come, let me read over you!’ Saying this she summoned the women in the household and some came and sat down before her. My mother filled her cheeks with air then blew on them, and they all laughed. She did this a couple of times.

When evening came we performed the evening prayers, then put on our clothes for sleeping. There were no people from without the household (nâmahrem) among us. Our house being narrow, we all lay down in one room. We all went to sleep. At some point in the night from our midst there came a great groan and the sound of kicking about. Exclaiming, ‘Who is this, what’s going?’ we all woke up. I lit a candle and saw that it was my mother! She had turned a shade of deep purple and with great anguish she was kicking about, her eyes closed, saying nothing, her mind gone, hearing nothing of our words. We were all scattered about [the room], but we gathered to her, not knowing what to do. She kicked about in this condition for about an hour, struggling. This kept on until suddenly, she went senseless and lay down. ‘Is she dead?’ we cried, but checking we saw that she was fine. For about two hours she lay senseless. Afterwards she gradually grew paler, and a while after that her intellect returned and she opened her eyes, but she was confused. We said, ‘O mother, what happened to you? What changed your condition—this evening there was nothing wrong?’

With sorrow she replied, ‘This evening we all lay down. But while you all fell asleep, I was unable to sleep. I could not close my eyes. I saw before my eyes that the Şeyh Efendi that read over our child had appeared, and at that very moment with power he took hold of my throat and said, “Why did you take me for a laughingstock—am I your laughingstock? Does anyone take me for an object of ridicule?” Saying this he gripped my throat such that while I wanted to cry out and shake it off, I was unable to do so; finally, I passed out. I don’t know anything else.’

Everyone else in the room said, ‘Don’t you see? Yesterday you mockingly mimicked the Şeyh’s reading and blowing—now see what trouble has fallen on your head! It was for this that this happened to you, to we thought you had died, but thanks be to God you didn’t! Almighty God has given you your soul back again anew! Otherwise you would have perished.’ They added, ‘God willing tomorrow go to the Şeyh and kiss his noble hand, and in his presence repent of your sin.’

When morning came, my mother went to the presence of the venerable Şeyh, taking a gift with her. My mother said, ‘When I came to the tekke, I went out towards the noble Şeyh’s room; as my feet met the threshold of Şeyh’s door, without giving the greeting the venerable Şeyh said, “Does one take [me] as an object of ridicule?” I went shaky and was confused, and a great fear fell upon my heart. I said, “Let me repent, my sultan, I did not know—I have come into your presence in order to repent!” Trembling, I sat my gift down before the venerable Şeyh. He looked at my gift, accepted it, and said to me, “Take care! Never take anyone as an object of ridicule—even doing so to an infidel requires repentance!’ He then gave much clarification, advice and good council, and my reason returned to my head after that.’

If you find this content valuable, think about supporting me on a regular basis via Patreon. Thanks!

We've been very, very busy these last several weeks, including excursions to nearby natural wonders, such as this lovely waterfall deep in Cloudland Canyon, which Cormac and Vera hiked down to and back up last week under their own power- and there are a lot of stairs involved! #cormacchannellallen #verawynneallen #cloudlandcanyon #cherokeefalls #georgianature
Upper Piney Falls, one of my favorite waterfalls since childhood, it was a real treat to get to share it with my kids- just as gorgeous and magical as I remembered it from many years ago! #pineyfallsstatenaturalarea #waterfalls #upperpineyfalls #tennesseenature
Starting out on new adventures the last few days, including a hike- probably the most strenuous the kids have done under their own power (well, mostly- Vera required carrying the last quarter mile or so...)- to Piney Falls, outside of Spring City, Tennessee; pictured here one of the rockhouses on the trail down. #pineyfallsstatenaturalarea #rockhouse #cormacchannellallen #verawynneallen
Examining what must surely be one of the best hollow trees this side of North America, a massive tulip poplar on the banks of Gunpowder Falls, its hollow large enough to accommodate two or three adults and/or several children, as pictured here! #hollowtree #gunpowderfallsstatepark #friends #tulippoplar
Cormac and Vera expertly climbing some very, very old rocks alongside Gunpowder Falls at Pot Rocks just north of Baltimore. #cormacchannellallen #verawynneallen #gunpowderfallsstatepark #geology #rivers
View of the bright colored cliffs of the late Miocene St. Mary's Formation along the Chesapeake Bay, from a fossil hunt last month on a very, very cold day. #stmarysformation #miocene #driftwoodbeach #geology #marylandnature