I have divided the following samples into two fairly heuristic categories, first, ‘calligraphic’ hands generally produced for elite audiences and often within the actual physical context or at least the social ambit of the courts of rulers; second, ‘bookhands,’ manuscript hands and styles produced in a wide array of contexts and with an emphasis on reader use and less on producing a calligraphically and otherwise exceptional book. I have not arranged these chronologically though there is a wide range represented here. Instead I have tried to give an idea of the sheer diversity of manuscript hands and layout styles within the wide Arabic script tradition (which here includes only the ‘big three’ languages of Arabic, Persian, and Ottoman Turkish). Each image is hyperlinked to the original should you wish to view it in more detail. 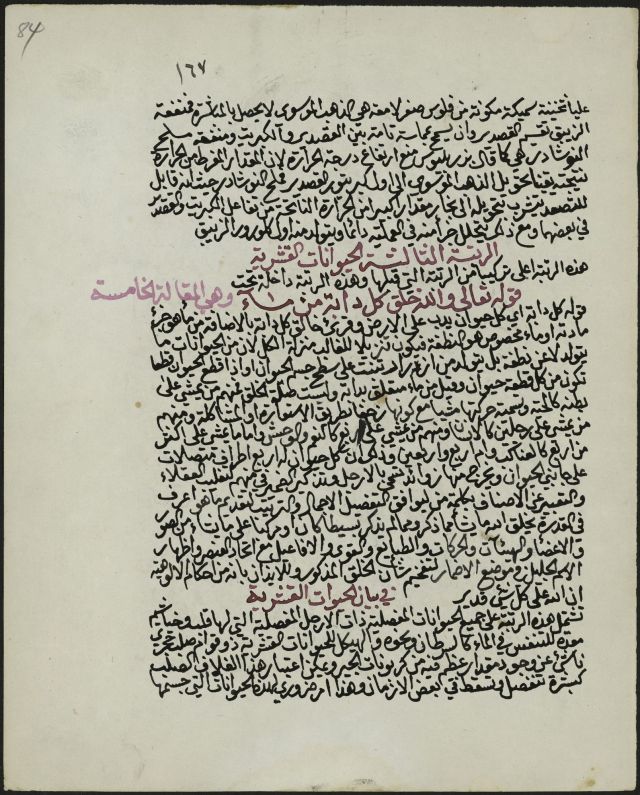